Multi-published author and screenwriter Linda M James is starting her creative writing classes again at The Horsebridge Centre, Whitstable on 7th November. If you are struggling with writing a short story or novel, please contact her as she’s helped many writers to become published authors. More details on her website http://www.lindamjames.co.uk

Linda M James grew up on the coast in Swansea, South Wales – listening to stories in the sounds of the sea while lying in bed at night, and listening to her grandmother’s predictions for the family’s futures in tea-leaves in the day. It was years before she realised her grandmother was a simple spinner of tales and not clairvoyant because most of her predictions became true.

After living abroad for ten years in Malta, Germany and Vienna, she returned to the UK and was an English Lecturer for a number of years. However, the stories in her head kept her awake at night, so she resigned her post, sold her house and moved into a flat overlooking the sea. Here, she wrote her first two linked historical novels set in WW2. ‘The Invisible Piper’ and ‘Tempting The Stars’. When they were both published, she was floating on air. Since then, she has moved many times and written many more novels, non-fiction books and screenplays. 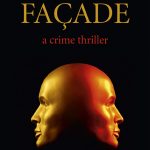 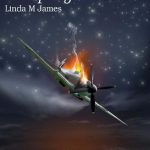 She’s delighted that her adaptation of her psychological thriller ‘The Day of the Swans’ is going into film production in 2022/3, set in London, Gower Coast, S. Wales and Budapest.

She is now working on an adaptation of her crime thriller ‘A Fatal Façade’; a novel which focuses on the lives of four people who become enmeshed with a 30-year-old wealthy narcissistic art dealer who is killed in his marbled bathroom in Chelsea, London. Here’s the intriguing book trailer.

This year, she’s had a poetry anthology ironically called ‘Justice’ published. It   focuses on women who have been unjustly imprisoned. You can see the powerful book trailer here.

This is a project very close to her heart as her birth grandmother was imprisoned in Holloway Prison in 1944 for stealing a tin of salmon because she was starving. Linda is donating £1 for every copy sold to the charity ‘Women in Prison’. Please spread the word as it’s an important topic.

Linda has also been a creative writing tutor for twenty years and many of her students are now published authors. She used to teach at the Trinity Arts Centre, Tunbridge Wells before she moved to Canterbury. She now runs classes at the Horsebridge Centre, Whitstable.