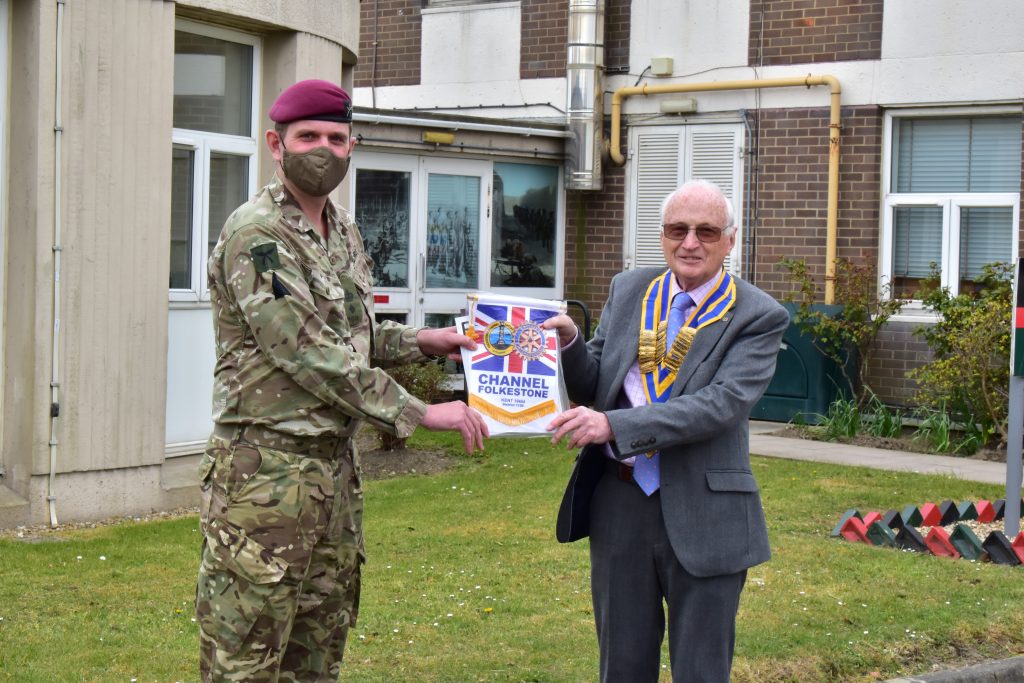 Channel Rotary is proud to announce that Lieutenant Colonel Edd Oldfield QCVS, Commanding Officer of the Ist Battalion of the Royal Gurkha Rifles, has joined Channel Rotary as an Honorary Member.  The induction took place at Sir John Moore Barracks, Folkestone on 28th April.  Lt Colonel Oldfield was appointed CO of 1RGR in August 2020 and has wide experience in various operational theatres including Afghanistan, Bosnia, Sierra Leonne and Northern Ireland.

“We’re delighted that Commanding Officer Lieutenant Colonel Oldfield is joining Channel Rotary.  He continues a tradition dating back to the early 2000’s that the resident Commanding Officer of ‘the Gurkhas’ has joined our Club and we have enjoyed a close and mutually supportive relationship which has benefitted the Shepway community and various community projects in Nepal.  Many local residents will remember seeing Gurkha soldiers taking part in our annual charity fund raising events.  In recent years, Channel Rotary has supported the Nepal earthquake appeal, the Gurkha Welfare Trust and the Gurkha Memorial Fund’s work in Folkestone and in Nepal alongside its support for local charities including, in the past year, over £25,000 for good causes such as Age UK (Folkestone), Folkestone MIND, Shepway Sports Trust, local schools and many other smaller good causes.

I am very pleased to join Channel Rotary Club and to be associated with its work in the community and look forward to building on the strong and lasting friendship between 1RGR and the Club.”