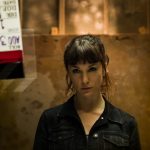 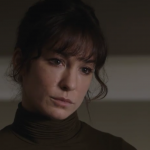 The spectacular Sophia Del Pizzo told us about her influences in film and TV, her most memorable achievements so far in her career and what she enjoyed most about her roles in Whitstable Pearl…

What are your earliest memories of acting and when did you realise this was a career you wanted to pursue?

I was a ballet dancer for over 20 years, performing was definitely in my blood. Though I inevitably rebelled, quit ballet, got tattoos and thought I wanted to be an artist, as you can probably guess my parents were delighted (puts head in hands). Not long after that I started going to the theatre again and it began to solidify what I didn’t realise when I was a dancer. That I love to perform. Shortly after I committed fully to acting. Everything else came second.

Growing up, who were your influences in film and TV?

We watched a load of comedy as a child, real British classics, The Fast Show, Absolutely Fabulous, Bottom, Shooting Stars, Fawlty Towers. My family would always make me do my impressions of John Cleese for family members; I’d begrudgingly comply. It’s become a bit of a life goal of mine to aspire to be as funny and flamboyant as the greats Rick Mayall and Jennifer Saunders.

What first attracted you to the role of DS Nikki Martel in Whitstable Pearl?

Her humour! Hands down, she’s sarcastic, no nonsense and can take as good as she gets. I guess in that way she reminded me of well, me. Lightening the mood with humour, unafraid to get a little cheeky around her superiors but at the same time cares deeply for her career and helping people.

What did you enjoy most about your time on set of Whitstable Pearl and your role as DS Nikki Martel?

It was like being in a theme park every single day, I got to watch incredible actors act, actors I never thought I’d ever be in the same room as. And here I am, acting aside them. Incredibly surreal really. Everyone was supportive with this gorgeous energy, the right amount of skullduggery and focus. Long and cold as the days were, it was always sad to go home.

This role and job in many ways saved me, my father (whom, if it’s possible I’d like to do a little shout out), was very sick throughout filming. He’s been with me every step of the way, supported every move I made even if it was stupid. He passed away before the show aired, but getting to hear how proud he was of me, and the joy that it brought him to see me, after 10 years finally achieve a little piece of my dream was a wild blessing.

Throughout your career so far, what would you say have been your most memorable achievements and has there been a particular actor you have enjoyed working the most with?

Well, as you know my penchant for comedy runs deep. It led me to one of the most important people in my life so far, mentor, co-star (and so more) Jimmi Simpson. He’s stuck with my performance anxiety attacks, taught me to believe in myself and helped guide my path above and beyond any normal human would. So much so, thanks to his guidance, I got to do a little part on an American show called It’s Always Sunny in Philadelphia (my favourite show). I got to spend the afternoon with Danny DeVito and Glenn Howerton. It was mental, I could’ve quit after that to be honest.

Working with Kerry and Howard on the show was an absolute INSANE joy, Howard has a very specific brand of stone-cold sarcasm, storytelling and process which was incredible to learn from.

If you could only watch three films and/or theatrical performances for the rest of your life, what 3 would they be and why?

The one film would be Godfather 2, it reminds me of my family, especially my father and it is just the perfect film.

Bryan Cranston playing Howard Beale in the National Theatre Production of Network was a truly immersive and unforgettable theatrical experience. Whilst there, you can watch a play, watch a band and actually be in a restaurant all at the same time so I would have to choose this. Oh and, of course, it’s BRYAN CRANSTON… DUH.

From your time spent in Whitstable, what did you enjoy most about the town?

Well, sadly it was pretty damn locked down the entire time we were there. However, I am no stranger to Whitstable as my darling sister Donna Del Pizzo lives there! That’s right fellas, there’s a Del Pizzo on your doorstep, single and ready to mingle. She WILL kill me now!