“The Road To Deal Pier” With Kevin Lynch 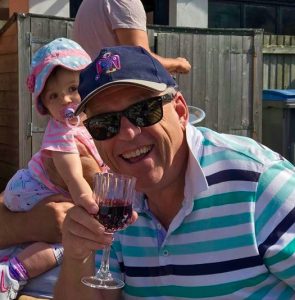 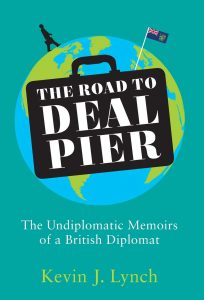 Many of us dream of traveling to the furthest corners of the globe, but not many of us manage to make that our day job.

38 years ago, Kevin Lynch started his job as a diplomat, and it was a decision that sent him around the world in a manner akin to the great adventurer Phileas Fogg himself.

Now retired and settled in Deal, Kevin chatted to CommunityAd about his memoir – “the world’s first non-fiction semi-autobiographical book”.

How did you get the idea to write this book?

Someone mentioned that after living for substantial amounts of time in eight different countries, having lived in seven other countries for shorter periods, and having in total visited nearly 70 countries as different as North Korea and the Seychelles, Russia and America, Bangladesh and Belgium, I should write a travel book. But on further contemplation, I thought about a memoir.

Upon returning to Deal I took a part time job on Deal Pier and was thinking about a retirement reading list, and George Orwell came to mind with “The Road to Wigan Pier.” The title “The Road to Deal Pier” popped into my head, and so on a cold night shift on the pier I decided, “Just write it!” and I did!

How does one go about becoming a diplomat?

As I explain in the book, for me I was lucky and passed the selection board interview and never looked back. To be a diplomat is a lot of travel and training throughout one’s career! The job is different in every country. But a great job it is.

Was it odd or emotional to go back through your life story?

No, not really – to be honest, writing the book brought back a lot of happy memories, reignited some old friendships and prompted a few splendid reunions.

Had you kept diaries or a journal during these years – how did you get all the details right?

Apparently, some people have said that I am gifted with a very good memory. I also think that – although my darling wife might disagree. I did not keep diaries, but I have masses of photo albums. I referred to those quite a bit to refresh my memory.

Did your family come with you to every posting?

My first three substantive postings were as a single officer. After my marriage in Lithuania, my wife Leone and two children very wonderfully travelled with me everywhere with the exceptions of Yekaterinburg (Russia for eight months) and on Pitcairn Island for three months. They have been a fantastic support and asset.

The support given by the Foreign Office prior to going to live in foreign and far-flung places is second to none. There was language training, briefings, reading, meeting people who had been in the country – the list goes on! But the best part is getting to the country, doing the job, and, if possible, immersing oneself in the local culture and customs, and generally enjoying the unique experiences of the host nation!

What has been your proudest achievement?

Wow, that is a good question! On my career I think I might take a bit of credit for helping Pitcairn get onto a better trajectory for a sustainable future. On a more general note, I hope that I left the majority of my diplomatic postings with the local people having enjoyed the company of me and my family and with happy memories of our stay as their guests! We certainly have a wide range of friends across the globe.

Do you have any more writing projects on the horizon – fiction or nonfiction?

Yes… I am pondering a fictional crime comedy based on Pitcairn where an evil major wants to build a hotel and golf course. He is opposed by a good eco citizen on the Island and behind all that is a Dr Strangelove/Machiavellian Pitcairn Council Town Clerk with his own agenda…

You can purchase The Road to Deal Pier by Kevin J. Lynch from Amazon and Waterstones.