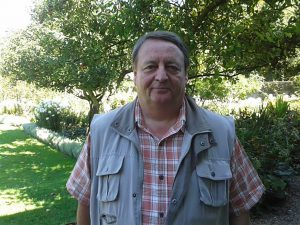 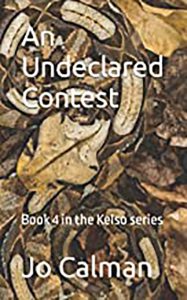 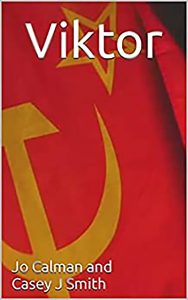 The lockdowns brought out often unexpected sides of our personalities and interests.

For Jo Calman, it helped a latent literary ambition grow into an impressive portfolio of stories, and now he has written and published five novels – with more on the horizon. We chatted with Jo to discover his inspirations and process.

How long have you been writing for?

I was toying with the idea of writing a book for ages. I made the jump with the start of the first lockdown when all the things that took up my time suddenly stopped. I tell people that I became a writer in March 2020 on the M6 in Cheshire while listening to the unfolding restrictions put in place to manage the pandemic.

Tell us a bit about your books – how did the Kelso series come about?

I had an image of Kelso and the other two in my mind, together with a few visual scenes, but no real idea of how or why to join them together. It was when the ‘Line of Duty’ phenomenon was really at its peak and there was a clear appetite for a different sort of crime thriller. I decided that I should try to better Mr Mercurio and I set about building a crime thriller series with a central theme of countering corruption, but in a completely novel way. With three central characters all closely interlinked and interdependent there is a lot of scope for development of characters and personal plots, as well as the action-packed story lines. I thought it would be interesting to have two main female characters with different backgrounds and outlooks alongside an initially more familiar male detective lead. My readers seem to like the outcome.

It is fascinating for me as a writer to see how the characters and their relationship is developing. I can’t wait to see what happens next.

After three Kelso novels I took a break to write ‘Viktor’ with my friend Casey J Smith. ‘Viktor’ is more a drama than a thriller, and it is based on a true story about a Russian KGB agent on a secret mission to the USA in the 1980s. Viktor was a real person, and I had the pleasure of getting to know him over several years when I had to visit Russia for work. It is a very different type of book to the Kelso series. The subject matter remains incredibly relevant even 40 years later as events unfold on the Ukrainian borders.

All your books so far have been thrillers or had thriller elements. Was this a conscious choice?

I do think that the basic job of a novelist is to tell a good and engaging story. I also think that good stories need to have some tension and a sense of purpose. While ‘Viktor’ doesn’t have the high-speed thrills of the Kelso series it does, to my mind, have the necessary elements of a thrilling story.

Thrills suit the Kelso books; it makes writing them much more fun – and according to the feedback I’ve had, it makes them fun to read too.

What is the part of writing a novel you enjoy the most – and the least?

I love creating a story and developing characters. In the Kelso series the main characters develop individually and as a group with each book, with other players coming and going but needing to be made into credible people. I like to leave quite a lot to the reader’s imagination when it comes to physical appearance and characteristics.

When a good plot comes together it is incredibly satisfying but getting there can be frustrating and troublesome. Once the final story is laid out the hard bit starts – editing!

Will you be branching out into other genres in the future?

I really hope so. I never set out to be a one-trick writer, or to become one as so many other authors do. I agree with Will Self, who once said when asked what sort of writer he was that he was one who writes.

I like historical novels as well as literary works and lyrical fiction. I have ambitions towards some or all of these, as well as working on the thrillers.

My favourite book of all time is Catch-22 by Joseph Heller. It is poignant, bizarre, funny and sad, but I’m glad I didn’t write it. I do wish I was clever enough to have written some of J. P. Donleavy’s Irish romps, like ‘The Destinies of Darcy Dancer’ or ‘Leila’.

Do you have a favourite out of the books you’ve published?

Tough question. Inevitably my favourite is always the most recent one, but, like children, I am proud of them all.

Are you working on any new books at the moment?

I have just had a couple of months off but am now ready to get going again. I have two projects in mind: Kelso number five should be completed this year along with another, very different book, about which I am saying nothing at present.

The Kelso series by Jo Calman is available on Amazon as paperback or Kindle eBook, or through the Jo Calman website.

‘Viktor’ by Jo Calman and Casey J Smith is also available from Amazon as a paperback or Kindle eBook, and through the Jo Calman website.