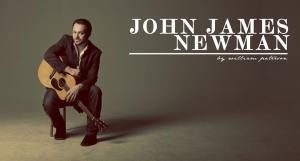 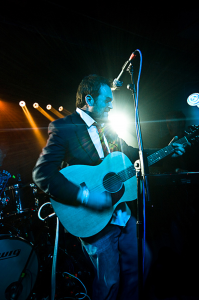 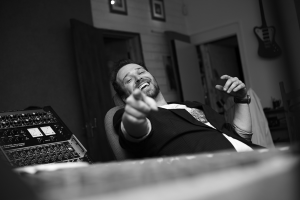 Music is the heart and soul of the world; it’s been part of our lives since way before our time and it will be here long after.

The music circuit in Surrey is full of some truly talented artists who put their all into their craft and love what they do. One such artist is John James Newman, a local 43-year-old singer/songwriter who has been performing as a professional musician for over 20 years.

Born in Crowthorne but now living in Yateley, you will generally find John playing by himself with his acoustic guitar, however, you can also find him performing alongside his father as part of the 70s hit group Marmalade who are still touring today.

We caught up with John James Newman to find out a little bit more about his career as a professional singer, some of his early inspirations and what advice he would give to any up-and-coming musicians.

Speaking to us about the influence his dad had on his own career path, John explains: “My father is in a band called Marmalade, which I am also in, and they had hits in the late 60s through to the mid 70s. I grew up watching my dad on stage as a little kid at all sorts of festivals and shows in the UK, also lots of videos of him performing these big shows, in places like Germany, he was always travelling when I was little.

“So, yeah, my dad is probably my biggest inspiration for becoming a musician, there was always guitars around the house and I was always playing something, battering on tables, my first instrument was bass which I started at age 12 and then moved onto guitar and singing.”

What genre/style of music do you typically play?

“You will find me on acoustic guitar as a singer/songwriter, I have been in a few different bands, one which was called the Velvet Hearts and that was pretty much a rock band, but I’m involved in numerous different projects at the moment.

“I do write my own songs and have been writing for the last 20 years as a professional musician, I’ve written dance tracks, rock music, blues bands, I’ve written plenty of tracks over the years.”

If you could work with a couple of bands/artists alive or not, who would it be?

“I do really like Dave Grohl from the Foo Fighters I think he’s a wonderful champion of DIY music, so I have lots of respect to him. I’m also big fan of Led Zeppelin, I would love to have worked with somebody like that back in that era it would have been fantastic.

“But really, I’m a song guy, I love great songs, I’m inspired by great singers. Looking back at people like Ray Chares and Eva Cassidy, and Joni Mitchell, Counting Crows bands like that with the 90s rock.”

What are some of the joys about performing live music for you as a performer?

“Performing live is an absolute joy, it’s a fantastic experience I love it, I don’t think you can be a musician and not love it. Generally, you’ll find me playing by myself with an acoustic guitar, it’s great when people get involved, there’s this circular aspect to performing, the audience enjoying it feeds your performance and vice versa.

“If I was given the choice to play by myself or a band, I would choose a band because you’ve got people to feed off, people to push you forward and you can make a bigger racket as well.”

What is the best advice you’ve been given and would pass on to other musicians?

“It’s very simple, just be yourself, be true to your art form, be a little bit selfish, follow your passion. Chase it down and keep going for it. It’s not all plain sailing, there’s going to be bumps in the road and you just got to push through.”

What are your 3 Desert Island Discs?

“Guns N’ Roses, Appetite for Destruction – that will take me right back to my teenage years when music was really exciting, an album that really broadened my horizons. Joni Mitchell, Blue and August and Everything After by the Counting Crows, those are three albums that were very formative for me musically.”

You can find John performing at a range of wedding venues and corporate functions, as well as touring alongside his father as part of the well-known group Marmalade.

To hear more of John James Newman’s work, including two solo albums, one album from his time spent in the rock band Velvet Hearts and other smaller EPs you can listen to and purchase his work by visiting his website.