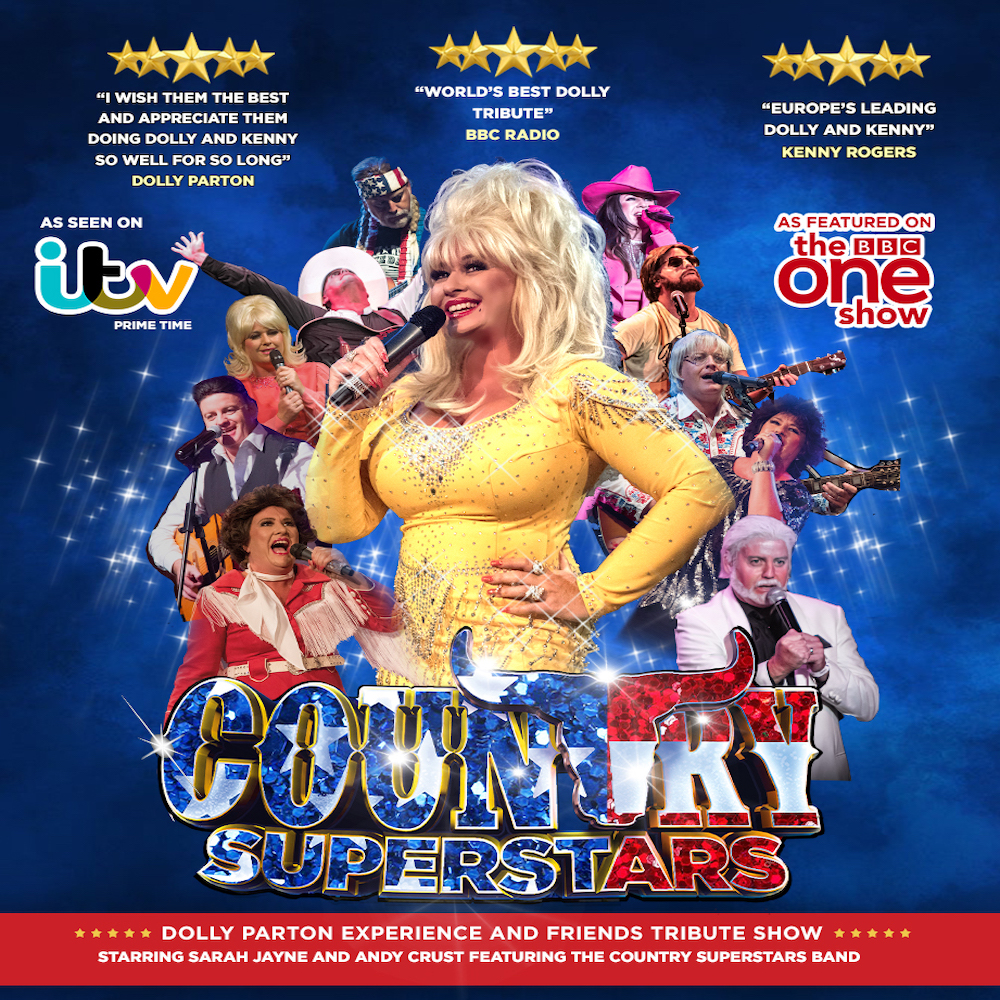 The World’s biggest Country Music Tribute Touring Show is coming! “As Seen in London’s West End and featured on TV around the World”

Endorsed by Dolly Parton on the BBC One Show “I wish them the best and I appreciate them doing  Dolly and Kenny so well for so long”, described by Kenny Rogers as “Europe’s leading Dolly and Kenny” – this truly unique show is hosted by the star of “The Dolly Parton Experience”. . .Most recently seen on ITV’s Game of Talents.

Tv and West End Dolly star Sarah Jayne has been performing as Dolly Parton for more than 27 years and is Europe’s leading tribute to the Queen of Country. Joined by award-winning vocal impersonator Andy Crust, prepare to be taken on a journey back through time to meet the most influential icons to have shaped country music history.

Each artist not only looks and sounds like the country star they portray, these professional performers transform themselves through hours of practice at their craft. Every detail is taken into consideration from script, choice of songs, hair, make-up and mannerisms, as well as professional costumes and props.

Prepare for an evening of million-selling hits drawn from a repertoire that includes 9 to 5, The Gambler, Islands in the Stream, Annie’s Song, Stand by Your Man, Ring of Fire, Crazy, Always on my Mind, Blanket on the Ground, Jolene, Lucille, Here You Come Again, That Don’t Impress Me Much, I Walk the Line, Take Me Home Country Roads, Man! I Feel Like a Woman, Coward of the County, Standing Outside the Fire, The Dance and Rhinestone Cowboy.

Kenny Rogers himself named and stated on his website that Sarah Jayne and Andy Crust’s tribute to Kenny and Dolly is Europe’s leading tribute act. Country music will live on forever, a must see for any fans of country music!