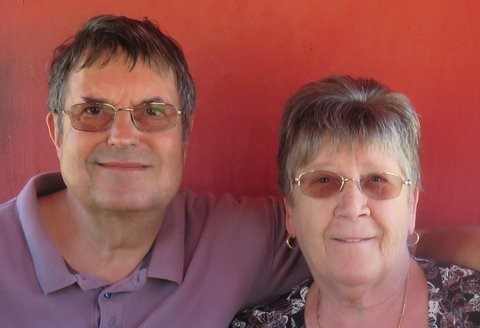 Peter and Margaret Humphreys are a Basingstoke couple who have suffered from tinnitus for many years and it has got worse as they have got older. Tinnitus is the name for noises in your head that are not coming from outside of yourself. It is a condition which often leads to a feeling of isolation and depression which can be helped by contact with others in a similar situation. It is a very common condition which can affect 1 in 3 of people at some point in their lives. Elsewhere in the country there are support groups, but not in Basingstoke.

Recently there was the National Tinnitus Week. You can find information on this and a lot more on the British Tinnitus Association web site (tinnitus.org.uk). So to mark this Peter and Margaret decided to see if there is interest in creating a Basingstoke and Area Tinnitus Support Group. The aim of the group would be ‘isolation busting’, by sharing experiences, passing information and advice and social and networking opportunities. It would have regular meetings starting on Zoom and then, when safe and allowed, moving to physical meetings.

If you are interested in joining this group or would like to find out more, please either email baatingroup@outlook.com, with your name and phone number or phone Basingstoke Voluntary Action on 01256 423816 to let them know of your interest. The plan is to have regular meetings at first on Zoom and then when safe and legal, to move to physical meetings at a convenient location in the Basingstoke area. It is no problem at all if you can’t access email, Zoom, or a phone. Just email, phone (as above) or write to Peter and Margaret at Basingstoke and Area Tinnitus Support Group c/o BVA, White hart Lane, Basingstoke RG21 4AF.   They will respond to everyone who contacts them.

View the Thank you
Tweets by @CommunityAd