A bit about Hampshire

Hampshire is a county on the southern coast of England in the United Kingdom. The county town is Winchester, the former capital city of England. The larger South Hampshire metropolitan area has a population of 1,547,000.Hampshire is notable for housing the birthplaces of the Royal Navy, British Army, and Royal Air Force.

Hampshire is the largest county in South East England and still remains the third largest shire county in the United Kingdom despite losing more land than any other English county in all contemporary boundary changes. At its greatest size in 1890, Hampshire was the fifth largest county in England

The tourist attractions include many seaside resorts and two national parks: the New Forest and the South Downs (together covering some 45% of the county). Hampshire has a long maritime history and two of Europe’s largest ports, Portsmouth and Southampton, lie on its coast. The county is famed as home of writers Jane Austen and Charles Dickens, as well as the birthplace of engineer Isambard Kingdom Brunel.

Hampshire’s relatively safe waters have allowed the county to devel 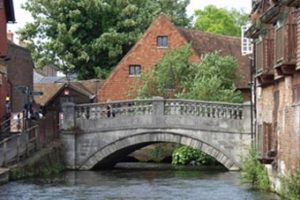 op as one of the busiest sailing areas in the country, with many yacht clubs and several manufacturers on the Solent. The sport of windsurfing was invented at Hayling Island, which is to the south east of the county