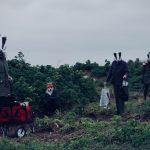 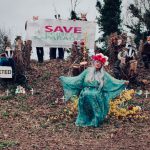 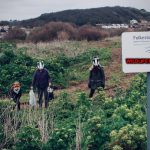 Princes Parade has been the subject of much debate and many column inches for a number of years now but with the changing attitudes and greater appreciation of local green spaces that the pandemic and many lockdowns has given us, will the parade finally be left alone?

CommunityAd had the pleasure of speaking with Mark Brophy, a founding member of Wild About Princes Parade, affectionately known as WAPP. Despite only having lived here for five years Mark has got stuck into the campaign and feels a strong affection for the town as he waxes lyrical about the community spirit that does thrive in Hythe: “community is something most people desire and it can be found alive and well around here. It’s simple things like a neighbour taking in a parcel for you, acknowledging your existence with a friendly “hello” and sharing our wonderful beach and leisure space, which often has the feel of a village green”.

As well as the good people of the area, Mark and the members of WAPP care massively for the wildlife that thrives here “the other thing which makes our area special is that we share it with a community of the wild animal kind. The variety of birdlife, the hundreds of fish in the canal, seals and sea life, grass snakes, badgers, the glimpse of a fox or the excitement at the fleeting flash of a Kingfisher – it brings a certain magic to the area”.

Why did you get involved with this worthy group?

Nature has never been under so much pressure and we realised that wildlife doesn’t really have a voice. People and politicians make decisions but only some represent animals. We seek to change that. I also got involved because I believe nature is vital for well-being. Through this group we hope to engage others and uncover some of the wildlife which so often people pass by without noticing.

Why is the Princes Parade so important to the people of Hythe but also to its wildlife?

Princes Parade is a unique open green space. Despite (or perhaps because of!) being closed off to the public for a number of years, it is a vital wild area providing habitat and food for numerous species. There are active badger setts, birds of prey can often be seen hovering above it and a wide variety of reptiles including grass snakes and slow worms reside here. Protected birds such as Cetti’s Warblers and Kingfisher live here and the plants and trees provide bees with valuable pollen and nectar. Bee orchids and Maritime grass are also important flora present on Prince’s Parade. The list goes on.

Princes Parade is also significant as the setting for the Royal Military Canal. Historic England have objected repeatedly to the development for numerous reasons, not least that the scheme does not adhere to the National Planning Policy Framework and that the area is not suitable for major development.

The people of Hythe and visitors from other areas enjoy Princes Parade for its open aspect. They do not come to walk around yet another characterless seafront development, the addition of which will destroy its obvious appeal. The people of the area deserve more than that from their council and a new pool for Hythe would not only be possible but far more desirable were it to be located at Martello Lakes where it would also serve the population to the west of Hythe who have been ignored throughout this process. When the council changed its name from Shepway to Folkestone & Hythe, it would appear that there was a change in more than just name as that part of the district suffers with a lack of facilities despite having more housing developments forced on them.

Do you think the events of the last year have led to a change in people appreciating the green spaces and natural environment they have at their doorstep?

Absolutely! I live on the canal path and I’d be really interested to see how many more people visit now when compared to before COVID. I’d imagine the figures would be quite shocking. It’s been a stressful time for everyone and Princes Parade and the environment it provides has been vital for all ages in providing a space for people to relax, de-stress and connect with nature. The National Health Service has been vital for us, it’s time that the Natural Health Service is given as much importance at the highest levels. Shrinking or destroying these open spaces does nothing to improve people’s lives and we agree with the previous planning inspector who said there should be minimal development of the site at most, in order to preserve the very special nature of the area.

Our readers may want to get involved, why should they and how can they do so?

The best way is through social media. We currently have a presence on Instagram and Facebook but will also soon appear on TikTok imminently. Who knows where else we might pop up in the future but we love to get messages and we hope others will join us. We are currently in the process of producing a wildlife pack that will include an animal mask so people can join in with the fun. We have a serious message but animals can also be funny. If we can make someone laugh and think about nature at the same time, so much the better. We hope to hold some events when we are able and currently, we can be contacted via social media or email: [email protected]

Is there anything else you’d like to add at all?

We would like our group to grow. Everywhere has wildlife that could use a helping hand and I know there are plenty of people in other areas who realise nature needs a voice and we would like to be a part of that movement. As the motto of a nearby primary school goes, “Great Oaks from Little Acorns grow” and who knows where the Wild About animals will roam?

Stay up to date on Wild About Princes Parade activities or find out more by following them on Facebook and Instagram @wildaboutprincesparade.