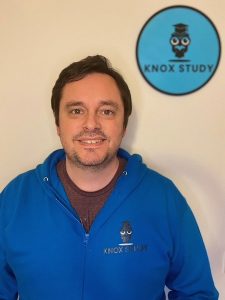 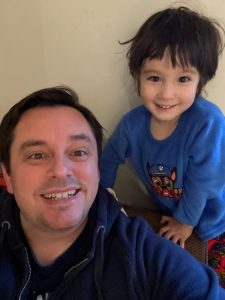 His channel, Knox Study, focuses on English language and CommunityAd caught up with Laurie where we discussed how he first got involved with TikTok, his viral videos, the impact of social media on youngsters and his future goals with the channel…

What made you first get into TikTok?

I was an English language teacher in Seoul, South Korea for 11 years. Students often told me they enjoyed my teaching style and I should upload videos to YouTube, but I was always put off by the fact it was already saturated and videos nowadays need to be quite professional. By the time I started TikTok in January 2020, nobody was uploading the kind of videos I make, so I had the early adopter advantage. The TikTok community also shuns professionally produced videos, which was perfect for an amateur like me.

To readers who may not be aware, can you inform them of what your channel Knox Study is all about?

The central theme of the channel is linguistics and English language. I occasionally veer off into other topics, e.g general education and South Korean culture, but 95% of my videos stay true to my ‘remit’.

What have been your most viral videos and which would you say have been the most fun to make?

It’s weird. Sometimes I’ll spend four or five hours researching a fascinating topic within linguistics, and it gets no love. My most viral video was simply me listing off the names of generations, e.g. baby boomers and millennials. Recently, my vocabulary quizzes have proven popular. The most fun videos to make are those that involve collaborating with others. Making 900 videos on your own can be a lonely business.

Is it hard, alongside your full-time job, to find the ideas behind posting new videos and how have you been able to master that over the past year?

It has become increasingly difficult to find the time to post; however, ideas are never a problem. I think language must be one of the easiest topics for idea generation. An idea might come from somebody using an unusual phrase in conversation, making me question the origins of the phrase or its semantic structure. There’s always something.

Would you say social media has been used for the better during these past 18 months or is there concern that there is now a generation of children who have missed out on socialising and mixing with their peers for a year and a half?

That’s a tough one. I think the older generations focus on the negatives of social media, but there are clearly some huge positives. Youngsters nowadays find it much easier to interact with people who have similar hobbies to them; I would have loved that as a teenager. Of course, unrestrained access to phones has its dangers. As a society, I think we’re yet to find that sweet spot regarding the ‘right’ amount of social media usage.

Your videos are beneficial and very educational, what would you say has been the most rewarding experience and best feedback you have received from Knox Study?

I’ve had thousands of comments thanking me for clearly explaining concepts people had previously failed to understand. That always makes me feel good. By far the most humbling comments are those describing how my videos have had an impact on their lives. Some commenters have told me they changed their degree choice to linguistics because of my videos!

Are there any long-term goals you have with Knox Study?

My original aim was to teach paid classes to students online. That’s a lot of extra work, though. For now, I’m happy to keep pushing this social media thing as far as it can go. It would be nice if I could turn it into a full-time job.

Away from TikTok, what are your hobbies and interests?

I love watching live sport, and I go to see Sheffield Wednesday play as often as I can. I used to love reading novels and travelling, but I now have four-year-old twins, which has put paid to that. These days, I’m limited to pushing swings, reading Mr Men books and smiling at Sheffield United’s free fall.

Learn a little linguistics for yourself by following Knox Study on TikTok.