On the Mic with The Self Help Group, Ditchling 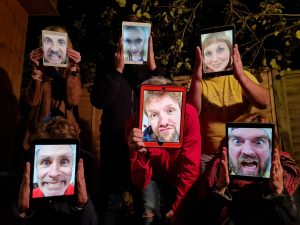 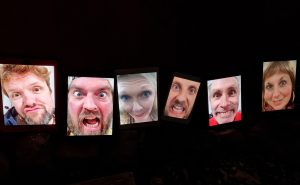 It’s likely been a while since you’ve let loose and enjoyed the delights of a live local band, so we thought we would bring the band to you instead.

There are countless talented musicians locally, however, for this edition we sat down with Mark Bruce, founder of The Self Help Group, which consists of five members, to find out a little bit more about their history and plans for the future.

The current line-up is Mark Bruce, Ian Bliszczak, Clara Keeley, Jamie Fewings, Rob Swabey and Sarah Wood who is returning to the band after a few years living in the States.

How would you describe the music that you create as a band?

“I compose the music and lyrics for our songs with the rest of the band chipping in their own parts in the main. All of the music we play is our own. I find myself playing something I like on the guitar and then wheedle the lyrics together quite quickly using one of the many strange news stories I come across on the internet.”

Can you talk to us about the video you recently shot in Ditchling?

“We shot the video for “Temple OS” in and around Ditchling and Hassocks. I live in Keymer so Rob, Ian and myself got up at 6:30am to catch the sunrise and be about when there weren’t too many other people around. We did get some funny looks from the few dog walkers and joggers we came across.”

If you could go open a show for any artist who would it be?

“Great question. It’s got to be The Beatles, I guess? Just to hang out with them for a while; in their prime.”

What is the best advice you’ve been given and would pass on to young musicians?

“About 20 years ago, a guy from a band I went to see told me I should get back into making music. I’d given up for a long, long time. I took that advice and a few years later, on my 40th birthday, one of our songs was played by Bob Harris on Radio 2. Don’t give up if you enjoy making music and, it’s never too late to start either.”

What are your 3 Desert Island Discs, if you were stranded and could only take 3 albums?

“This is so difficult, it’d have to be a couple of classics I think… Abbey Road, Dark Side Of The Moon and… plus one of our 2 albums, to remind me that I’d done something cool, before popping my clogs.”

“If you are ever thinking about complimenting a musician or artist of any kind that you’ve enjoyed, do it, a kind word can make the difference between perceived success or failure sometimes.”