Our Minds United Arriva in Maidstone 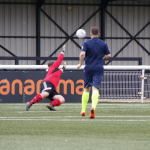 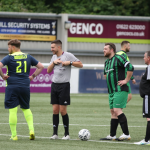 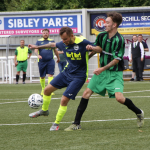 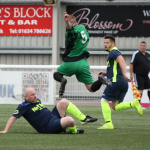 Playing under the name Our Minds United Arriva, the team of 18 local bus drivers faced off against Stagecoach in a charity match, a friendly rivalry to last the ages.

The game took place over the summer and the sun was shining for what was a glorious day for both charity and football.

We caught up with founder of Our Minds United – Michael Donnelly – to talk about the charity football club, his hopes for the future, and of course the result of this epic battle of the buses.

Michael explained that the game was actually supposed to take place in the summer of 2020 but, like many other events at the time, was delayed due to COVID and the ensuing lockdowns.

But finally, the day was set for Our Minds United Arriva (OMUA) to take on Stagecoach and the day didn’t disappoint, raising over £700 for charity and bringing the community one step closer.

Talking to us at CommunityAd Michael explained: “We played Kent Police previously and raised over £4,500, but compared to bus drivers the police are a little bit fitter and we lost that game. We wanted something more on our level and what better rivalry than another bus company that’s major in Kent like Stagecoach.

“I went on Facebook for details and got hold of someone from Herne Bay and from there we organised a date for the game, which was delayed for a year.

“This game was quite an important one, we lost a colleague due to COVID – Peter Hart – and we had him across our shirts for our sponsor – everyone had a kit on with his name and birth date and we had a golf silhouette to honour his love for golf.

“We had people buy the shirts afterwards who weren’t anything to do with the team – it was nice to have a good-looking kit with our friend on.”

After a competitive but friendly 90-minutes, Our Minds United Arriva left the field victorious with a 4-1 win over Stagecoach and Michael noted how it’s not only raised £700 for charity but brought the Arriva employees closer together after COVID and helped set up a yearly battle between the two bus giants of Kent and a host of future events.

“Next year is already booked up with two events planned – one will be a major event – it will be a whole day event at the Gallagher stadium, bands, dance groups, that what’s in the plans at the moment. We are in talks with Tommy’s Rainbow Charity Trust to work alongside them for the event day too.”

Our Minds United Arriva is made up of bus drivers belonging to Arriva, however, Michael hopes to expand Our Minds United as a whole to welcome people from across the local area and grow the charity football team in the near future and raise even more money.

So far, after just three games OMUA have raised over an impressive £5,000 for charity and don’t plan on slowing down anytime soon.

To find out more or how to get involved make your way over to the Our Minds United website, @ourmindsunited on Facebook and Instagram or email [email protected].