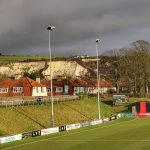 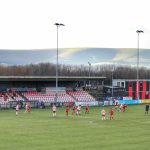 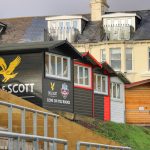 As each day passes by, we are sadly approaching 4 months since Lewes Community FC last played a competitive game. Despite the postponement of lower league football caused by COVID-19, The Rooks announced a ground-breaking six-figure deal with Lyle & Scott in December and for our first Lewes edition, we got in contact with Chairman Stuart Fuller.

Stuart’s knowledge and experience of the game is second to none, as well as a Director of the Isthmian League, Stuart has published two books ‘Passport to Football: Following Football Around the World’ and ‘The Football Tourist: The Second Half’.

CommunityAd caught up with Stuart where we discussed his most memorable moments with the club, the current state of lower league football and the incredible running of Lewes Community FC…

What is your footballing background and what made you want to become Chairman of Lewes?

I’d worked as a commercial consultant with the Football League about 20 years ago when they were looking at renegotiating some of their existing deals and helping to bring new partners on. In 2005 I published my first football book having spent a number of years travelling around Europe watching the game and worked closely with a number of national football associations in the run-up to the World Cup finals in Germany in 2006 in helping them with logistics.

I was lucky enough to be given a contract to write further books about football and culture as well as having a job that allowed me to travel. In 2009 I moved to Copenhagen for work and that opened up the opportunity to really understand the game there which led to a few media opportunities (I was the Daily Mirror’s Danish football expert for the 2010 World Cup for instance).

I was introduced to Lewes back in 2008 by a good friend who was a Seagulls fan and unable to watch them due to the limited capacity at the Withdean. So, he started to go to Lewes and I used to join him when West Ham played away (I was a season ticket holder at The Boleyn Ground). When the club was in financial trouble in 2009, I offered to help out and eventually joined the board in October 2010.

The previous Chairman, Terry Parris stood down in early 2015 and I offered to step in and the rest is history.

What would you say has been your most memorable moment as Chairman of Lewes?

I think there have been a few. I was incredibly proud to see us reach the final of the Sussex Senior Cup in 2015. It was a brilliant day for the club and the whole town despite the result. I was also really proud to have seen our Men’s team promoted in 2018 – that was a culmination of almost three years with the then manager Darren Freeman. That was a massive team effort and came just a year after the third memorable moment in announcing our Equality FC initiative, which saw us put a stake in the ground for equality in sport.

What do you think can be the worst knock-on effect from the postponement of lower league football?

It is highly unlikely we will see competitive games return before August to be honest. The Isthmian League is working to a start date of the 2021/22 season of the second weekend in August. It is possible that football could return before then in some form but it won’t be league football. The big issue is that most squads, including our own, haven’t played a competitive game since 31st October and haven’t trained together since before Christmas. As a rule of thumb, you need 3 weeks pre-season training and conditioning for every 4 weeks break from football – that is why pre-season normally starts in late June to give the players a chance to build fitness. So even if we could start today, our players would need 8 weeks to get match fit – anything less and the instances of injury especially muscle-related is significantly elevated.

Most clubs have been able to hibernate, being able to furlough staff including players and reducing their operating costs significantly. There have been a number of grants that clubs, like Lewes, have been able to successfully apply for and there is the promised Winter Survival Grant from the DCMS which we are awaiting details now, so most clubs will be financially okay. The issue comes when football can return and capacities are reduced and the opportunity for secondary spend is significantly reduced – so bars, clubhouses, hiring of function rooms etc. If those elements can’t return then clubs will be in trouble.

Lewes is exceptionally run, not only being the first equal gender pay club in the world but also being 100% fan-owned. How did these ideas first come about?

Becoming fan-owned was really the only option on the table back in 2009/10 when the club was in such financial trouble. The club reached out to the community and the response was fantastic. In those first couple of years so many people said that what we were trying to do wouldn’t work because “we didn’t understand football”. Our view was always we would be successful because we weren’t prepared to follow the same well-trodden and often unsuccessful path that other clubs had taken. Fan-ownership gave us the financial platform to save the club and start to build on and off the pitch.

We’ve used our influence, innovation and hard work to become a local club owned by global fans. 1,600 fans in over 30 countries at the last count – at the heart of what we do we are a small football club but our aim has always been to “perform” on the biggest global platform, whether that is our fantastic Women’s team playing in the Super League, our Men’s team pushing for promotion to the EFL, leading a campaign to eradicate gambling ads on TV or being the first semi-professional team in the world to pay our Men and Women the same.

The decision to allocate not only equal budget but also equal costs to our two first teams wasn’t revolutionary to us – as Directors we have children and we asked ourselves whether we felt it was fair that our daughters had less opportunity than our sons and committed to do something about it.

Not all of our fans agreed back then and still don’t today. There was a feeling that we were robbing Peter to pay Paula. That wasn’t true and ironically that first season we equalised the budgets our Men’s team won their first promotion in a decade and our Women’s side gained a place in the Women’s FA Championship alongside teams like Manchester United, Tottenham Hotspur and Leicester City. Not bad for a small club in East Sussex!

The recent six-figure deal with Lyle & Scott is brilliant for the club, can you see light at the end of the tunnel for Lewes?

I don’t think it is a tunnel as such but a long road. The Lyle & Scott deal didn’t just land in our lap – there was a lot of work going on in the background to make it happen. Years’ worth of kissing frogs before we found a prince! We always knew there were big brands out there who are aligned to our values and what we are trying to do – using football as a mechanism to improve the world, whether that is on our doorstep or on a global basis. There are other deals on the horizon too which will help us in improving our infrastructure – the Dripping Pan is 135 years old and in places shows it – as well as building our capabilities on the pitch right from our junior sides to our first teams.

Our legacy as a board is to be financially sustainable. I have two years left before I have to step down and I want to leave the board with successful teams, a thriving community aspect and financial independence. It is still a major juggling act but we are in so much of a better position than we were ten years ago.

Away from the beautiful game, what do you enjoy most about Lewes?

It is a wonderful town with a fantastic, active community. There’s so much beautiful countryside within a few minutes of the town centre and that for me is what brings me back week after week. I’m an avid walker and there are so many paths and byways to explore, with stunning views of the town and the Downs.