Getting to know the gaffer of Ditchling FC 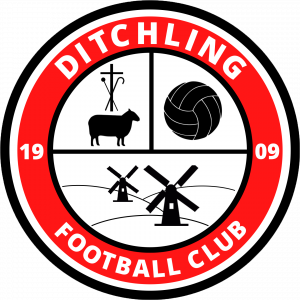 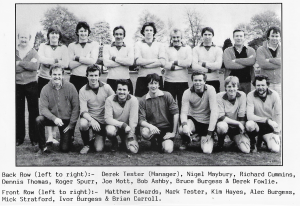 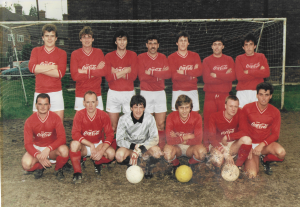 Can you give readers a background into your football career as a whole from playing to now being manager?

I have been involved with grassroots football for 21 years now, since I was 17/18 years old. I have had a few clubs in the Eastbourne area, until I moved over to Brighton and eventually found my home at Ditchling FC 4 years ago. I have been a player/manager for 8 years and counting, although this wasn’t the plan, needs must at times as I have often donned the gloves!

How long have you been a part of Ditchling FC and what would you say you are most proud of achieving at the club?

The biggest achievement is hopefully still to come. But to date, on the field we gained promotion out of Division 2 South last season which was great for the squad, it’s now down to us and the committee to keep pushing on and ensuring the club is growing, developing and being proactive.

When we first joined the club in the summer of 2018, the club only retained 8 players from the previous season and the 1st Team even folded before the end of the 2017/18 season. We have worked extremely hard to re-establish Ditchling as a strong Mid Sussex Club. We now have two teams with the 1st Team seeing success last season in gaining promotion and currently sitting top of Division 1 with five games to play, as well as being in a Quarter and a Semi-final of two cup competitions.

We have worked extremely hard over the last four seasons to re-build the foundations of the club, giving the club a strong presence and identity, establishing a strong hard-working committee which will ultimately bring success on the pitch. This we feel is our biggest achievement to date, but there is much more hard work to be done!

As first team manager, what would you say is your overall ethos and style of play that you like to integrate into Ditchling FC?

I have grown and developed over my management career, but I have always been clear on my style and ethos. However, support and help to develop this was always important to help translate it into performances. Luckily, I met Jon Hart (assistant manager) 6 years ago and together we have achieved our aims and objectives to date, this year rising above our expectations for the season.

How are you able to balance work commitments with your role as manager?

I think myself and Jon drive our wives mad, well I know we do! It wouldn’t be possible without them; they see how much passion and desire we have for the club. I am lucky that I have a job that allows me freedom to chat to Jon regularly (30 times a week!) being self-employed. Jon also works from home a fair amount as a Head of Development & Partnerships for a national sports organisation meaning he is available to talk. It does take up a lot of our personal time but it’s all worth it.

You’re having a brilliant season so far, after last season’s success, have you been surprised at just how well you have played this season in a new league where you could enjoy consecutive promotions?

Yes and no. We knew we had a great squad; we see that every training session and on match days. We are often looking at the finer details of our games meaning we are working on tweaking a few things tactically ahead of our next game and during last summer to bring the lads up to the next level. The new signings have fitted in really well which always helps.

Where would you like Ditchling FC to be in the next 50 years?

50 years is a very long time, we have short, medium, and long-term goals as a club. In the short term we are obviously looking at success this year in the league and through the cup competitions while having an eye on pre-season, next season and what we need to do if we are promoted into the Championship.

We are also currently playing at Adastra Park in Hassocks which is not ideal. Our ultimate aim is to return home to Ditchling Recreation Ground, unfortunately the drainage has failed so we have been away for 2 seasons now, the Parish council are working hard to find funding to get it back to 100% with positive discussions recently, which looks like it may allow us to return for the 2022/23 season, fingers crossed!

We are also working in partnership with Hangleton Rangers Youth Football Club to establish a pathway for their U18s to our club each season. This will give their 18s a pathway to continue their development in men’s football as their teams stop at Under 18s, while supporting us with a yearly stream of young passionate players who we can support to develop and grow. We have ideas and plans to support youth football in the village as well in the coming years in partnership with Hangleton Rangers.

In the medium term, we are very much looking to establish the club as a competitive team in the Premier Division of the Mid Sussex League, hosting games back in the village at Ditchling Rec. If we want to progress beyond this level, we start coming up against ground grading which would mean a pitch enclosed with railings and a certain amount of seating etc. This would probably mean a need for our own land where we can invest in smaller infrastructure, this would fall into the long term.

For now, and the next couple of years we very much want more local people from our community to engage with the football club. We want to encourage more people to come and watch our games and be involved with the club. We are always looking for volunteers, committee members who feel they can contribute to our aims and ambitions. Due to the step-up next season, we are also looking for a 1st Team linesman who we are looking to pay a small amount to per game.

Please give us a follow and a like on Facebook and Twitter and if you would like to help support or are looking to sponsor a local club then please do get in contact, the more support we have the more we are able to do such as a Women’s and Junior teams.

Quick Q with the President

CommunityAd also got to ask Ditchling FC president Michael Stratford what his most memorable moments are having been involved with the club for over 50 years?

“My fondest memory goes back to 1982/83 when we won our division, the cup for the most goals and more importantly the ‘Sportsmanship’ award for the entire league. It would be easy to say reaching the cup final and similar successes are memorable moments of which there has been many but my fondest memories are about all the people involved with our success.”