Crazy Diamond in Bramley – a tribute to Pink Floyd 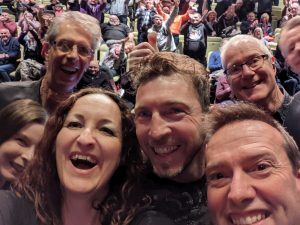 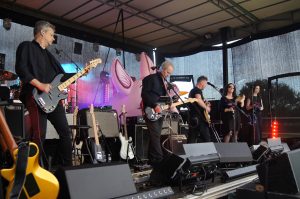 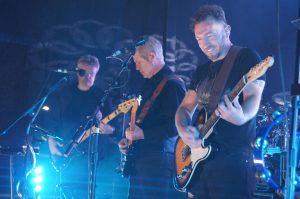 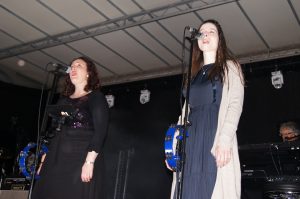 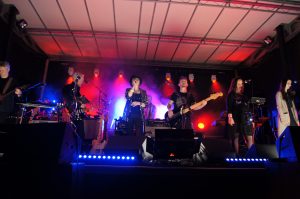 Hailed as one of the greatest progressive rock bands of all time, Pink Floyd’s legacy will live on forever through their timeless music and thanks to incredible tribute bands like Crazy Diamond.

Originally starting as a tribute band to both Pink Floyd and The Doors, “The Floydian Doors” was the brainchild of Nico Di Cillo, but after a couple years the decision was made to focus solely on Pink Floyd so that they could create a show worthy of their amazing music and spectacle, and so, ‘Crazy Diamonds’ was born.

The name itself comes from the classic track “Shine On You Crazy Diamond” because Nico wanted something that would illustrate that it is a tribute to Pink Floyd and also stand alone as a catchy name.

We caught up with Rebecca from Crazy Diamond, who as a band played Music on the Meadow on Clift Meadow last year, to find out more about members of the group and how important it is that tribute bands keep the legacy of legends like Pink Floyd alive today.

Ranging from their 30-60’s and with a wide range of jobs from professional musicians to accountants and air traffic controllers, the band have had quite a few members over the years but the current line-up has been stable for about three years now, with all of them sharing a huge passion for Pink Floyd.

Speaking to us about some of their earlier memories, before a tribute band was ever dreamt of, you can see music has always been a part of their lives.

Drummer Shaun tells us his earliest memory is being around five years old watching his dad in his pub band and sitting on the edge of the stage with the drummer, clearly making a long-lasting impact on the journey his music would take him.

James remembers meeting a saxophone player called “Mad Mick”, when he was on holiday in Spain aged about just three, and mimicking Mick with a straw for a saxophone, which has clearly had a lasting impression.

Rebecca can’t remember a time when she wasn’t singing and dancing and she was taking lead roles in productions from about Year 1, whilst Naomi had a similarly theatrical upbringing and has always sung and performed.

Nico grew up in Italy and first fell in love with Pink Floyd when he attended their legendary concert in Venice in 1989, and it’s easy to see how that first experience inspired a long-lasting love of the iconic band.

Of course, the love of Pink Floyd resonates throughout the band but that’s not enough to want to take to the stage and perform as a band, so we asked Rebecca what keeps the band performing and what they most love about it.

“There is nothing quite like performing as part of a team and achieving something much bigger than you could alone,” explains Rebecca. “This is an innately human characteristic and is true in many areas, such as sport and theatre as well as music. We all get a huge buzz out of performing in a big show with fantastic sound and lighting and it is important to note that we also have a brilliant crew behind the scenes on sound, lighting, set-up and pack down. We have a very complicated set-up, we often have to start setting up at 9am for an evening gig, and we couldn’t do it without them.”

What is the best advice you’ve been given and would pass on to up and coming musicians?

“Just get out there and play and enjoy music above all! Collaborate with others and go to see as many different types of music as you can – open your eyes and ears. Once you have chosen your instrument/s, practice lots and persevere – but practice well, because practice makes permanent, not necessarily perfect.”

How important is it that tribute acts like yourself continue the legacy of these iconic bands and acts such as Pink Floyd?

“We think it is incredibly important. It is no longer possible to go and see the original band play live anymore and yet there is a huge demand for live performances of their spectacular music. Expect to see a growth in Genesis tribute bands soon now.

“It is also a huge responsibility to do justice to this incredible music and to play it to a high standard. We take that very seriously and always aim to have a good balance between authenticity and our own musical touch and flair, which keep the music fresh and alive.”