Catching up with Canterbury’s Nasty Nick 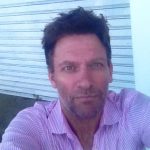 21 years ago, Wickhambreaux’s Nicholas Bateman – Nasty Nick – was successfully selected as one of 40,000 people that applied to be a contestant on the first series of reality television show Big Brother.

Nick’s time in the house became infamous as his foul play where he played housemates off against one another was watched by 4.5 million viewers and the British press gave him the nickname of ‘Nasty Nick’. On his 35th day in the Big Brother house, Nick was ejected by producers from the show due to his violation of the rules, finishing 8th overall.

The next ten years since his exit on BB, Nick used the media exposure to his advantage releasing a book, featuring on several television shows, performing in the Big Brother Pantomime and narrating on a stage production of The Rocky Horror Show.

In 2013, Nick, who reverted back to his Christian name Jack, moved to Australia and CommunityAd caught up with Jack to talk about his incredible journey over the last 21 years…

What made you first want to apply for Big Brother?

I have always been spontaneous, and I think I was disenchanted with corporate life and was seeking a change. I applied, much the same as buying a lottery ticket, I did not expect to get a result.

What has been your overall favourite piece of media work?

I enjoyed the most being on stage and camaraderie that goes with that and I enjoyed travel writing.

What is your current stance on reality TV shows today?

Yes, I am a fan, most of the reality shows are fairly sedate in content. The shows that have any form of competition are still fairly iniquitous in nature, and in my opinion, this is often at odds with the well-being of contestants.

Producers often practice obscurantism, which the viewers now can see through. Again, in my opinion, there is a veil of contestant well-being from producers. The only people saying any differently will be producers working on the shows. I don’t say this with any resentment or bitterness, it is just how it is.

What did you enjoy most about growing up in Canterbury?

I loved going to the cricket at Canterbury, seeing players such as Alan Knott, Derek Underwood, brings back happy memories. Kent had a great team in the 1970s and 80s and I remember having picnics at the ground and playing on the outfield at lunch or tea was magical. In those days you could run on the field and get autographs!

I was also Cricket coached by Alan Ealham, Doug Wright and Brian Luckhurst.

Canterbury is a beautiful city, and I miss it and the Kent Beer, especially Master Brew.

Could you have ever predicted the impact that Big Brother had on your life before you first stepped into the house?

I never thought Big Brother would lead to anything, it was late evening Channel 4, and on paper 10 strangers in a house lacks a potential of a hit. Little did I know.

What role and projects are you currently involved in now?

I am trying to finish a book of fiction, and lockdown would have been an ideal time to concentrate on that, but binge-watching series I always wanted to watch side-tracked me. I am on Instagram too @nicholasbateman1.

What would you describe as the pros and cons of reality TV and do you think it will still be as popular in 5-10 years as it is today?

Reality TV is cheap and is a soap opera without a written script, it will always be popular and has a future.

Away from it all, what are your hobbies and interests?

I live by the beach, so I try and watch the sunrise every morning. Australia is the most diverse and one of the most beautiful countries in the world, there is so much to see here and do.

It’s void of some culture, and if you imagine Canterbury Cathedral is 1400 years old, and they get excited with 120-year-old pub here, but it’s a new country.

Keep up to date with ‘Nasty Nick’ by following him on Instagram @nicholasbateman1.