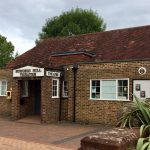 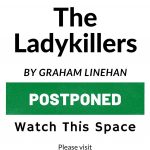 Actors, theatres, performers, anyone in the entertainment industry has had a hell of a year, in a very literal sense it’s been hellish. CommunityAd thought it wise to check in with our local merry band of thespians in the form of the Burgess Hill Theatre Club.

Who better to speak to than Hannah Wilson, a woman who doesn’t really remember a time in her life when she hasn’t been actively involved with the local thespians and the Theatre Club. Hannah’s parents joined the club as soon as they moved to this blissful part of the world in 1964, she’s been involved ever since. CommunityAd had the pleasure of chatting to Hannah.

What is your role and what aspects do you enjoy most?

I have been an actor, dancer, backstage crew, properties, front of house staff, assistant director and chaperone. I have supported publicity, worked in the box office, run junior workshop sessions, made costumes and sets and cleaned. I was part of the future planning committee at the turn of the Millennium, in 2016 became membership secretary and am now Treasurer. I love all of it… I obviously love being on stage but also love being part of something greater than just what the audience sees and enjoys.

How long have you lived in Burgess Hill and what makes it such a pleasant community to be a part of?

On and off all my life… I try and leave, join other clubs but always come back to the Burgess Hill Theatre Club.

The Society have been part of our local community for quite some time haven’t they, a heritage you are surely very proud of?

We have records dating back to 1935 when the club was called The Burgess Hill Amateur Dramatic Society. But it wasn’t until 1954 where we were first branded as the Burgess Hill Theatre Club. The Production was Corinth House by Pamela Hansford Johnson, directed by Joy Sinden in December 1954 and staged at St Andrew’s Parish Rooms.

My mum was Fairy in our panto Puss in Boots in 1965 at the Park Centre.

Why do you think access to the arts is so important to a thriving community such as Burgess Hill?

It brings people together – we are all different but we all benefit from storytelling in all forms.

Performance and theatre have so many benefits to an individual’s wellbeing; have you seen this or experienced it yourself?

Gosh yes… we all need ways to express ourselves and the Burgess Hill Theatre Club has gone above and beyond to cover some amazing topics as well as put a little humour into our everyday.

2020 has been a dramatic year in the wrong way for the theatre, why is it so important now more than ever that the local community get behind the theatre?

Any dates our readers should be pencilling into the diaries (optimistic I know I haven’t used mine for months)?

Our next production, which was in rehearsals before COVID-19, is The LadyKillers, by Graham Linehan. As soon as it is safe to do so we look forward to bringing this production to the community, so watch this space for dates!