Braintree mother and son take on marathon for RNIB 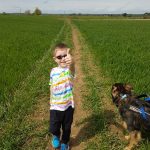 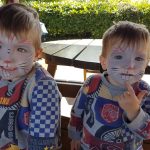 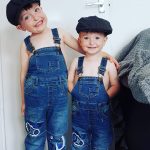 As part of a mission to raise money for the Royal National Institute of Blind People (RNIB), mother and son team, Michelle Baker and Eli, ran a joint marathon taking on 13.1 miles each during the month of May.

At just six months of age, Eli was diagnosed with Waardenburg Syndrome, a very rare condition that affects a number of things including skin and eye pigment, facial features and hearing. Eli’s father and Michelle’s husband, Darren, alongside Darren’s brother Oscar, were also diagnosed with the condition shortly after Eli.

One of the effects of the condition is having albino eyes (ocular albinism). It causes Eli’s eyes to constantly wobble side to side (nystagmus) affecting his vision. Apart from running Eli loves going to the beach, he just loves to be outside, and the sensory value of the sand makes it his favourite thing to do.

CommunityAd were lucky enough to catch up with the inspiring running-duo to find out a little bit more about them both and the motivation behind the gruelling task of running a joint marathon, especially at just five years of age.

Michelle told us: “When Eli was diagnosed it felt like the world came crashing down around us, all the expectations you have of what your child will do suddenly have question marks over them. Therefore, my husband and I decided that we would only ever focus on what Eli can do, we’ve never told him he can’t do anything or discouraged him from trying something. This has given him an ‘I can do anything’ attitude. He rides his bike, plays football, does anything any other child of 5 does. He wants to be a policeman and a mechanic and I have no doubt that he will be whatever he wants to be.”

When did you start running as a mother and son duo?

“I started running when Eli was diagnosed, it became a way for me to deal with the stress. Eli always walked far even at age 2 we would go for long walks. Then when he was 3, we started running together. He loved it, I have to guide him by giving him instructions such as left slightly, right slightly, jump a hole etc but now we’ve got it down to an art.

“He’s always so pleased with his runs and likes to beat his personal best time whenever possible. When the opportunity came up to raise money and run it seemed perfect. He suggested we run 1000k but I’m not ready for that.”

How important have the RNIB been for yourself and Eli?

“When Eli was diagnosed the website was such a great source of information and the dedicated RNIB Facebook pages put me in touch with other parents going through the same things. It was handy to have a place where people shared tips such as having multiple different coloured plates, so he can see the food easier etc.”

What would you like to say to everyone who has donated so far?

“The support has been amazing; Eli is so proud of being able to help other children like him. A lot of people think of sight loss as mainly an age-related issue but there are 25,000 children in the UK who are blind or partially sighted and the money raised will help support not only them but their parents too.

“Part of the reason for doing this is not only to raise money for RNIB but to show other parents facing diagnosis that it’s going to be okay. If someone told me 5 years ago that Eli would be running a marathon with me, I would have never believed them. But children are amazing, and they adapt in the most incredible ways. They will find a way to do anything they want to do, and they will surprise you, just stay positive.”

To donate you can head over to their fundraising page at www.justgiving.com/eli-baker21.