‘Please follow the rules – this virus takes anyone, not just the vulnerable’

A mum whose dad died with Covid-19 just weeks after she gave birth to her first daughter has pleaded with people to follow the rules.

Michelle Keen wants everyone to stay at home and continue following guidance about washing hands and wearing masks to avoid other families going through the same heartbreak. 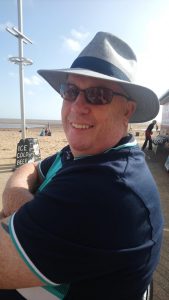 Her dad, David Hayman, was just 60 when he died after falling ill with what he suspected was a stomach bug.

He and his wife Diane had been shielding since March, only leaving home to care for Michelle’s other three children while she gave birth to baby Isabelle, and to collect glasses from his optician.

Michelle, 37, said: “We had no idea it was Covid – neither of them had a cough, they just felt like they had a bit of a bug.

“They had started to feel a bit better but mum woke up that morning and found he had died in his sleep.

“A post mortem confirmed he had the virus. We managed to persuade mum to get checked over the day after he died and the paramedic who came out said her oxygen levels were so low that if she had gone to bed that evening she would have died too.

“I can’t believe how close we came to losing them both. They had been so careful, always washing their hands and wearing their masks and they still got it.”

David, who lived in Biddenden, died in November – just five weeks after baby Isabelle was born at the start of October. She was three weeks early, which the family now see as a blessing as he was able to meet her and enjoy a cuddle. 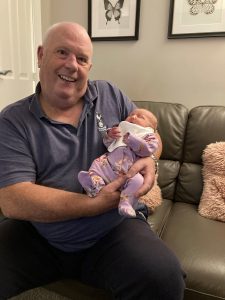 Michelle, from Herne Bay, said: “It feels like she was meant to come early so he could have that time with her.

“If she had been much later we would have been in the second lockdown and he wouldn’t have been able to see her.

“My mum had to spend two weeks in hospital, and we weren’t able to be with her or comfort her after dad died and it was the most awful thing.

“Please stick to the rules, please wash your hands. It only takes one moment to pick up the virus.

“I would hate anyone else to go through what we have experienced. My parents were so careful and they still got ill and we could so easily have lost them both.”

Diane was cared for at the William Harvey Hospital, and Michelle paid tribute to the staff for their kindness and dedication.

She said: “They were amazing and she had the best care. I can’t thank them enough for looking after her, especially when we couldn’t be with her.

“I want people to know how serious this is. It doesn’t just take the vulnerable, it can take anyone.

“Mum is home with us now but she is still unwell and has some horrendous after-effects. This is so serious and so heart-breaking for everyone left behind.”