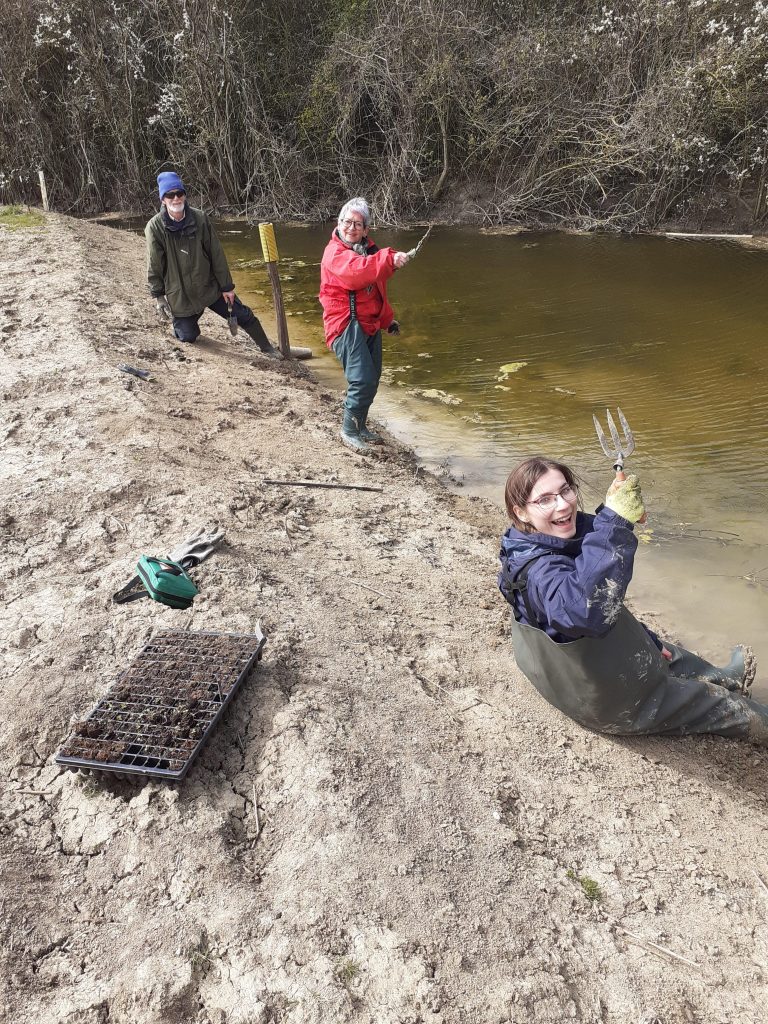 The Bumblebee Conservation Trust and Dr Nikki Gammans who have been working in the Romney Marsh area for 12 years on Bumblebees and other pollinators, collaborated with the Fifth Continent Scheme to plant perennial flowering plants in ditch banks to encourage wildlife and support bumblebees.

One of the major areas of work of the Fifth Continent Scheme is working with farmers and landowners to support them to carry out wildlife improvement works on their drainage ditches. It is not common for farmers to do more significant works such as re-profiling and major de-silting as these works are often too costly, therefore, over time as management practices have changed and become mechanised the ditches have tended to become steep-sided and narrow which means little light can reach the ditch bottom; there is little if any open water and the water holding capacity of the ditches is much reduced due to siltation. As a result, the ditches are not great for wildlife and have a limited number of plant species living in them. 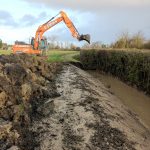 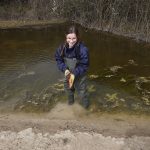 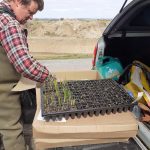 In February, the Fifth Continent undertook major works on a farm near Newchurch to improve 2.4kms of field drainage ditches for wildlife whilst at the same time making sure that they continue to work for the arable farm and drain the fields in winter. They re-profiled the ditch banks to make them more gently sloping which allows more light in; de-silted the ditch to increase flow and water holding capacity; made awkward field corners into wider pools which will hopefully hold water even in a dry summer and widened the ditch.

This work meant they had a good area of clean ditch bank from which much of the vegetation has been removed and this provided a great opportunity for planting perennial flowering plants as they have a chance of growth and thriving without being out-competed; this is where the BBCT came in.

BBCT undertakes practical habitat management which supports bumblebees and other pollinators such as collecting wildflower seed, harvesting green hay and planting and has a group of volunteers who come out to do this work which is great as without them much of the work would not happen.

On 8th April a group of 9 volunteers split into two completely separate groups to plant 600 plugs plants of the following species: Ragged Robin, Yellow Flag Iris, Marsh Woundwort, Hemp Agrimony, Purple Loosestrife. All of these species like to grow in damp soil on the edge of ditches and all of them have flowers that are loved by pollinators.