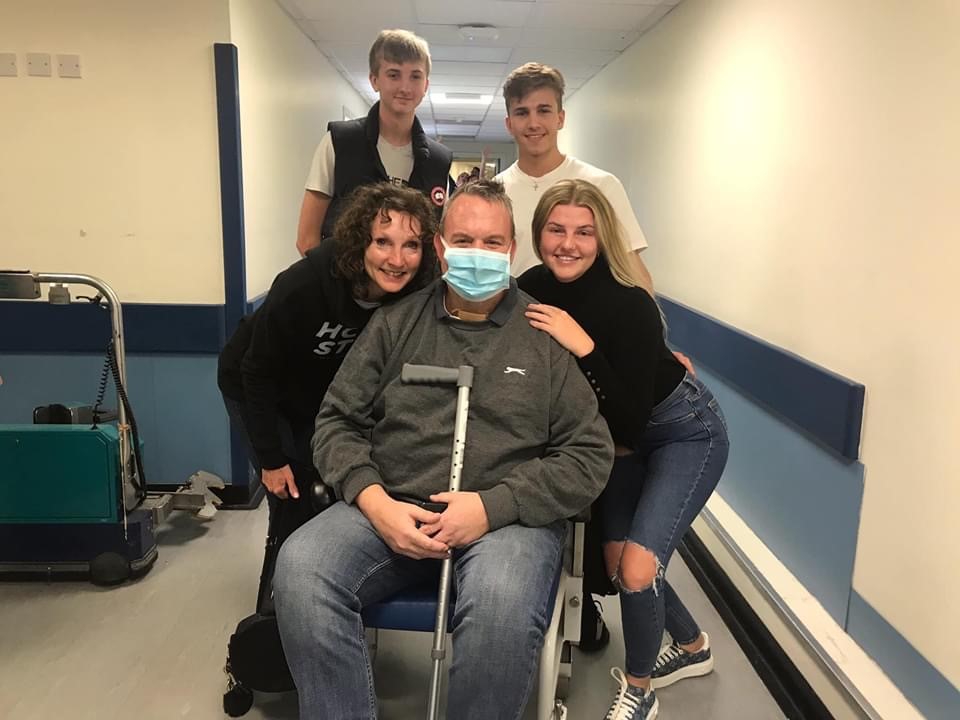 Richard Claxton turned 46 on Saturday – but celebrated his 45th birthday with his family and friends.

The dad of six was in an induced coma and suffering from a Covid-19 battle this time last year so although loved ones sang Happy Birthday via video call, he has no memory of the event.

So he decided to restage the celebrations, and will fit in another birthday in six months’ time to catch up.

Following on from his Covid-19 battle, Richard, who lives in Beltinge, Herne Bay, said: “Last year’s birthday didn’t really happen for me, although the nursing staff tried their best and joined in with my family in singing happy birthday to me.

“So we thought we would do it again now restrictions have lifted and we’re able to meet up, and then I’ll have another birthday later this year to catch up.

“My family weren’t sure I’d make it to this birthday so it’s definitely worth celebrating.” 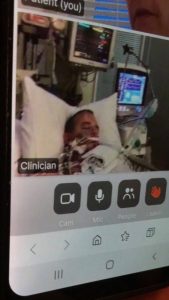 Richard, who works as a bus driver for Stagecoach but has been unable to return to work, is now raising money for the League of Friends of the Queen Elizabeth The Queen Mother Hospital in Margate, where he was treated.

He has set himself a target of losing five stones in weight, and hopes to raise £2,500.

He said: “I wanted to lose weight as it will benefit me in dealing with the ongoing symptoms of Long Covid, and raising money at the same time is a way I can give something back.

“I think people take for granted that the NHS will always be there – you feel ill, you can call them and they will look after you.

“It would be so easy to sit back and think I have got Long Covid and I can’t do anything but it doesn’t have to define me.

“Losing weight will improve my chances of dealing with it, as well as raising money for such a worthy cause.

“I am in no doubt the staff at the QEQM saved my life. Without them and their dedication, training, and the care they gave I would not have survived.”

Initially, Richard dismissed his symptoms in March last year as exhaustion, but when he began struggling to breathe his worried family called an ambulance.

After initial treatment failed to improve his condition, doctors told him he needed to be put into a coma so he could be ventilated. 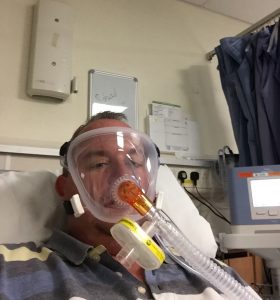 He said: “When I was admitted to hospital I realised it was a lot more serious than I had thought.

“I heard a close friend had been in QEQM with Covid and had died, then two people on the ward I was on passed away.

“It was absolutely terrifying. I didn’t sleep that night and called the nurse over in the early hours to say I needed help, because I felt like I was suffocating.

“The consultant and anaesthetist came down from intensive care and said I needed to be put in a coma for a few days – I woke up almost three weeks later.”

His laboured breathing meant he could not speak on the phone so he sent texts to his loved ones before he was put on the ventilator, telling them how much he loved them.

Staff set up video calls while he was unconscious during his Covid-19 battle so his family could see him and talk to him even though they could not visit because of restrictions due to the virus.

Several times, doctors told them Richard might not survive the next 24 hours – but each time he pulled through.

He said: “The anaesthetist said I was a walking miracle. Every time they told my family it was critical I seemed to know and fight back.

“After I woke up, one of the nurses came back from leave and burst into tears because she had been convinced she would walk in and be told I had died.

“One of my friends from school cared for me in ITU, and when I met up with him recently he said they had done everything they could but it was down to me to fight.

“But without the care I had and the support I wouldn’t have achieved it. Without their intervention I would have died. It was their fight and determination to save us as best they could.”

Richard, who has one grandchild, praised the care and compassion of staff throughout the hospital, who went out of their way to support him during his Covid-19 battle.

One healthcare assistant spent her break scouring the hospital looking for a vending machine that stocked Diet Coke after overhearing him saying he was craving one.

And even after he was discharged, he received ongoing support through a virtual post-intensive care support group, offering physiotherapy sessions as well as the chance to talk to others who had similar experiences. 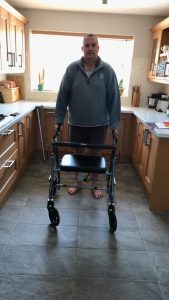 He said: “They couldn’t have done more for me and raising money is a way I can say thank you.”

To donate to the fundraiser, visit https://www.justgiving.com/fundraising/richard-claxton2

View the Search
Tweets by @CommunityAd